Our furniture reflects your movements, desires and taste. They create new spaces, they mould on your needs, they store, display, and help make the difference, pushing your project beyond standard conventions. Every offer is customisable and wants to overcome the contrast between industry and artisan production. The various elements, even if industrially made, are customisable in size and colour and recall the memory of a welcoming ambiance, where every detail is taken care of as if it were handmade. The kitchen rearranges itself in the various elements no longer as a given system but as a series of elements that float in memory and are waiting to be interpreted: a large table or an island to sit around, taste, talk, look at each other’s eyes, make preparations, a fire where to sit around and work, an elegant cupboard and a flexible larder, a shelving where to display books and valuable objects, a hood-organ that magically transforms scents into music. 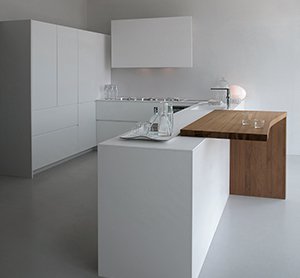 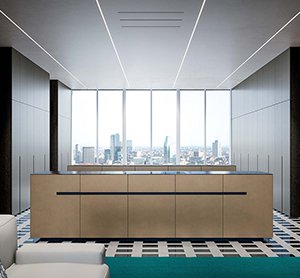 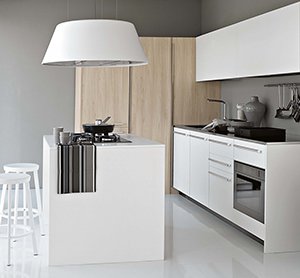 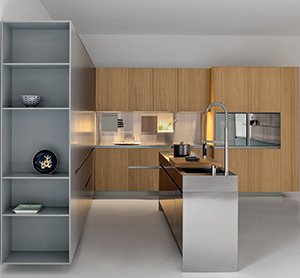 X
We use cookies on our website to give you the most relevant experience by remembering your preferences and repeat visits. By clicking “Accept All”, you consent to the use of ALL the cookies. However, you may visit "Cookie Settings" to provide a controlled consent.
Cookie SettingsAccept AllRead More
Manage consent

This website uses cookies to improve your experience while you navigate through the website. Out of these, the cookies that are categorized as necessary are stored on your browser as they are essential for the working of basic functionalities of the website. We also use third-party cookies that help us analyze and understand how you use this website. These cookies will be stored in your browser only with your consent. You also have the option to opt-out of these cookies. But opting out of some of these cookies may affect your browsing experience.
Necessary Always Enabled
Necessary cookies are absolutely essential for the website to function properly. These cookies ensure basic functionalities and security features of the website, anonymously.
Analytics
Analytical cookies are used to understand how visitors interact with the website. These cookies help provide information on metrics the number of visitors, bounce rate, traffic source, etc.
SAVE & ACCEPT